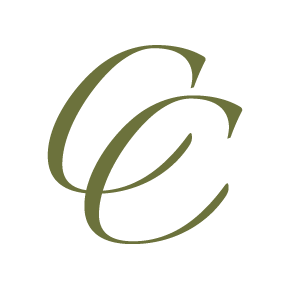 The Manufacturing Center of Washington

Situated approximately 25 miles north of Seattle, the city of Everett is home to the largest manufacturing facility in the world by volume, the Boeing Assembly plant, making the city a global center of the aerospace industry. As an integral part of the Seattle-Bellevue-Everett Metropolitan Division (MD), Everett is also at the center of regional economic development with an expanding high-technology industrial base; a deepwater port accessing the Pacific Ocean; an established, world-renowned manufacturing and retail core; and a state-of-the-art naval station. The city is strongly positioned for continued business growth and innovation with an excellent transportation system, tremendous quality of life resources, and an attractive business climate.

Home to the second-largest marina on the West Coast, Everett offers an excellent quality of life with numerous shops, cafes, bars, restaurants, and entertainment options. Residents enjoy biking on designated Hoyt and Colby streets, panoramic views from Grand Avenue Park, the seasonal Everett's Farmers Market, Rays Drive-In famous for its fish and chips, waterfront concerts, and walking along the Port of Everett where seals, osprey, and a variety of wildlife can often be seen.

Over 7,700 students are educated by Everett Community College (EvCC) each semester. Approximately 80% of EvCC’s students stay in the region to work after they leave college. In 2017, Washington State University (WSU) opened its new building across the street from the EvCC campus, named the WSU Everett University Center. The four-story, 95,000-square-foot building houses 14 classrooms, 10 labs, and nine seminar rooms. The new building can accommodate approximately 1,000 students. In fall 2018, the campus enrolled 275 students, up 29% from fall 2017.

As the home to Fortune 500 companies such as Amazon.com, Inc. and Microsoft Corporation, the Seattle metro area is internationally recognized as the commercial, cultural, and advanced technology hub of the Pacific Northwest. Thanks to corporate relocations and expansions, employment across the Seattle metro division continues to grow. The metro division added approximately 31,700 jobs during the 12-month period ending in February 2019, with a division-leading 6,700 added in the Information sector.

About 20% of the workforce in Northern Snohomish County is associated with manufacturing, over twice the state average, making the area the manufacturing center of Washington. Located at Paine Field, The Boeing Company’s 4.3 million-square-foot Everett plant is the company’s largest manufacturing facility in the world and remains the backbone of the local economy supporting approximately 35,000 direct jobs. In addition, the commercial aircraft manufacturer supports approximately 1,700 suppliers and partners statewide.

As one of only two Navy-owned deepwater ports on the West Coast of the continental United States, Naval Station Everett (NSE) is one of the county’s largest employers with 2,900 military and civilian workers. NSE is currently homeport to six destroyers, USS Momsen, USS Shoup, USS Gridley, USS Sampson, and USS Kidd, as well as Commander, Carrier Strike Group 11 and Commander, Destroyer Squadron 9. The sixth destroyer, the Ralph Johnson, recently arrived in April of 2018. The base’s combined economic impact is about $360 million.

Home to Port of Everett, this deepwater Port is the second-largest in Washington State by economic output and the fifth-largest on the West Coast by export value. The Port specializes in construction and manufacturing cargoes, and transships aircraft assemblies for all Boeing Everett jetliners. The Port of Everett also operates the largest public marina on the West Coast and owns over 3,000 acres of property. Activities at the port support over 35,000 direct and indirect regional jobs, and contribute nearly $373.2 million in annual state and local taxes.

Positive job growth and high in-migration in the Seattle region is fueling demand within Everett’s multifamily housing submarket. Home to the Boeing Company’s Everett facility and Naval Station Everett, the city benefits from having a strong manufacturing and aerospace industry attracting many workers to the area for employment. Everett has emerged as one of the most active peripheral apartment submarkets in Greater Seattle with a workforce made up 45% blue-collar workers in which a good number of these workers rent. Approximately 48% of Everett’s occupied housing units are renter occupied, providing a reliable demand base for apartments in the area.

Despite the cost of rent rising in Everett, it remains one of the lowest average monthly rents in the Seattle metro. At the end of the first quarter of 2019, effective rent in the Everett submarket was $1,365 per month, reflecting a 4.9% annual increase. By year-end, effective rent is projected to reach $1,390 per month, up 1.6% from 2018.

Thanks to strong demand, occupancy rates have steadily increased over the past several years and are expected to stay healthy despite a surge in new construction. The average apartment occupancy rate in the Everett submarket was 95.2% at the end of March 2019, down 30 basis points from one year prior. Through December 2019, average occupancy is expected to settle to 95.1%, on par with the submarket's five-year average.